A multifunctional ecosystem in Oliwa 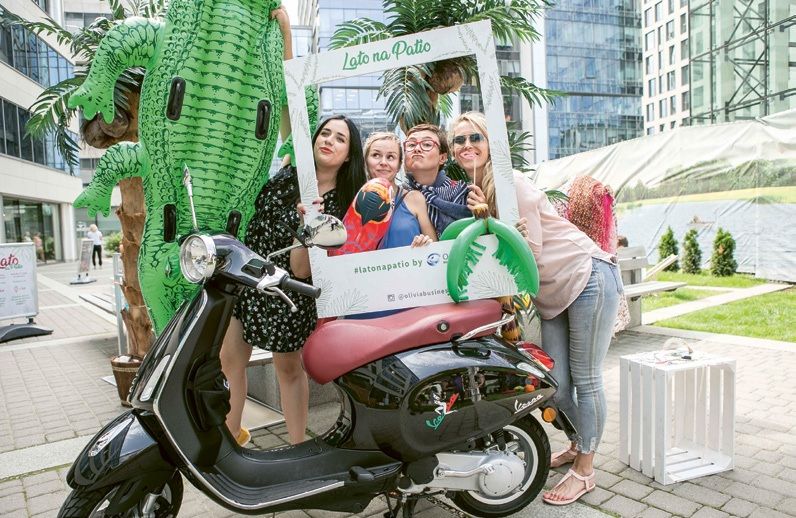 We talk to Bogusław Wieczorek, Management Board Representative for Public Relations at Olivia Centre about the projects implemented and developed within the centre, and also about successes achieved in 2021.

FOCUS ON Business: Last year was full of new investments, openings and awards. Attention is drawn, among others, by the award that named Olivia Centre as the safest business centre in the world. What made you win this title?

Bogusław Wieczorek, Olivia Centre: All thanks to the Well Health Safety Rating, conducted by 600 scientists from around the world, cooperating with the International Well Building Institute in New York, which in March 2021 awarded Olivia with the maximum score of 25 points out of a possible 25, in 22 basic and 3 additional categories related to innovation in the field of employee safety and well-being. No other facility in the world has obtained such high marks so far. Such a result was possible only thanks to the commitment to the implementation of the most modern safety solutions: air handling units were equipped with air ionizers that purify the air in buildings removing fungi, viruses and allergens. In the common areas, active titanium coatings were used, creating surfaces free from pathogenic microorganisms, and in addition, the level of air filtration was raised to the highest level available (from G4 to F7).

This is not the end of the awards we are proud of. The jubilee jury ofthe 20th edition of CIJ Awards Poland awarded Olivia Garden – the tropical garden opened in May 2021 on the ground floor of Olivia Star, with a victory in the Best Interior / Exterior Design category. In an exotic garden with 8,720 m³ of green space, there are 3,000 plants, some even 11 meters high, comprising 150 species from 4 continents. Importantly, it is a place inspired by residents. In 2018, during workshops, employees of companies located in Olivia indicated that they want a natural, green oasis in order to fully regenerate, regain energy and stimulate creativity during breaks at work.

Does this mean that concern for human safety and comfort has set the main directions of the company's activity?

It certainly had a huge influence on them. We are also active in the field of ecology. In January, we announced the implementation of a new environmental policy and social responsibility standards, creating initiatives to raise environmental awareness among our employees and residents, as well as participating in educational campaigns contributing to the spread of good ESG practices. At the end of the year, our company joined the United Nations Global Compact (UNGC) which emphasizes our commitment to care for the natural environment and its resources.

The United Nations Global Compact was founded in 2000 and is now the largest corporate sustainable development initiative in the world, involving over 12,000 people, companies and 3,000 non-business signatories in over 160 countries. Together with this organization, in March 2022 one of our annual awards will be presented – the Olivia Prize Eco. Together with the UNGC, we will reward the initiatives that protect the environment and promote environmental responsibility by employees of companies from the Olivia Centre.

Olivia is also engaging in various activities in corporate social responsibility area. What was achieved in this field in 2021?

We are involved in many initiatives that create an active, integrated community. For example, we support the residents of the Gdańsk district by organizing the Oliwa Neighborhood Budget every year. This year, funding was obtained for Tai Chi classes organized by the local association Park On, the organization of a sports and educational path at the Primary School No. 35 in Oliwa and the Christmas Festival, organized on the market square in Oliwa by the Tri-City NGO’s called Inicjatywa Miasto. For years, we have been supporting the Kropelka Energii campaign, under which blood is donated. This year 150 liters have been collected, and the total number of editions has already reached 45.

We also take care of the good shape and development of our employees' passion. In 2021, a volleyball court was built next to Olivia, residents had numerous opportunities to sail around Gdańsk Bay as part of the Olivia Yacht Club, not only in the season, but practically during the entire year. There are also clubs related to employees' private passions in the centre. The running club prepared its members to participate in numerous marathons and half-marathons as well as several ultramarathons, also taking place in the Tri-City Landscape Park adjacent to Olivia. Lovers of outdoor recreation took part in over 30 hiking and biking tours, organized as part of the Expedition Club.

During the year 12 photography workshops were organized, during which the employees of companies from Olivia had the opportunity to develop their urban, portrait and business photography skills.The workshop ended with an exhibition of the best works in the main lobby of Olivia Star. However, one of our most original initiatives is the choir, which brings together the employees of a dozen or so companies based there. For a long time their performances have graced not only the events in the centre, but also important events for the local community, such as the Oliwa Viva Oliwafestival, which for years has attracted thousands of residents of the district to street fairs, cultural events and street parades. This year, the choir recorded their first music video, and preparations for the release of their debut album will soon begin.

And what was the past year like from a business point of view?

We definitely also have something to celebrate in terms of commercialization of the space. 36 thousand sq. m in signed contracts, with 18 thousand sq. m of the newly acquired space make the last year the second best since the beginning of the project in 2010. Most contracts included extension of existing contracts, which shows how positively the presence in Olivia is received by her current residents, who, even in such dynamic times, decide to stay in the current location.

Importantly, we also enjoyed great interest from investors. Bond issues in 2021 ended in oversubscription. Our long-term cooperation with the largest Polish commercial banks results in a safe and diversified financing structure of the Olivia Centre project.

The year 2021 was also the time to start new investments in the area of housing construction. @Home has been built in Gdańsk Zaspa. It’s one of the most ecological residential buildings in the TriCity, which will be intended for longterm rental. The essence of the investment is the Scandinavian way of thinking about energy efficiency and minimizing the necessary natural resources that were used during construction. @Home is a five-storey building, which was built on Rzeczypospolitej Street in Gdańsk. Its representative entrance zone, façade and common spaces will be decorated with graphics by Seikon, a mural artist, painter and sculptor who comes from Gdańsk and is recognized in Poland and around the world. In this way, the building fits in with the local tradition of decorating the facades of buildings and creating an open-air gallery of large-format paintings. Each of the functionally designed premises at @Home will be fully equipped and furnished. Also the interior design comes from The Design Anatomy studio, the award wining company which designed many office and recreational spaces in the Olivia Centre, the interior of the Olivia Star observation floor and the conference and event centre on the 34th floor of this building. Longterm rental will also be one of the variants of the offer for our residents, who more and more often relocate their employees to the TriCity, often with their entire families. Currently, the recruitment level in our office centre residents reaches nearly 2 thousand positions, so the building located near the business centre is another important convenience for recruited employees.

In common understanding, a business centre is associated with a workplace. How is the concept of multi-functional, user-friendly space that is open to the city, implemented at Olivia Centre, perceived by tenants, residents and guests?

Olivia Centre is much more than just a space to work. On the top floors of Olivia Star there are prestigious restaurants run by Paco Perez, winner of 5 Michelin stars, a public observation deck and a conference centre. These are hugely popular attractions that attract crowds of tourists, lovers of excellent cuisine, and also fans of Polish music at its best. Last year, two nights in the Olivia Stars series took place on the 34th floor of Olivia Star. These are prestigious evenings, during which there were concerts by Krzysztof Zalewski and Daria Zawiałow, tasting of exclusive types of alcohol, culinary shows by chefs and an afterparty at a height of 130 meters above the ground.

Olivia Centre, in the difficult, second year of the COVID-19 pandemic, used the time to increase its attractiveness for tenants, Tri-City residents and tourists by creating a project unique on a European scale, in which the largest global corporations open their headquarters, but also in which micro-companies thrive in the O4 coworking space, located across 4 buildings of the complex.

In 2021, Olivia Star managers received the award of the Marshal of the Pomeranian Voivodeship for the tourist offer created on its top floors. This shows how unique and multi-functional the building is.

Thank you for the interview. 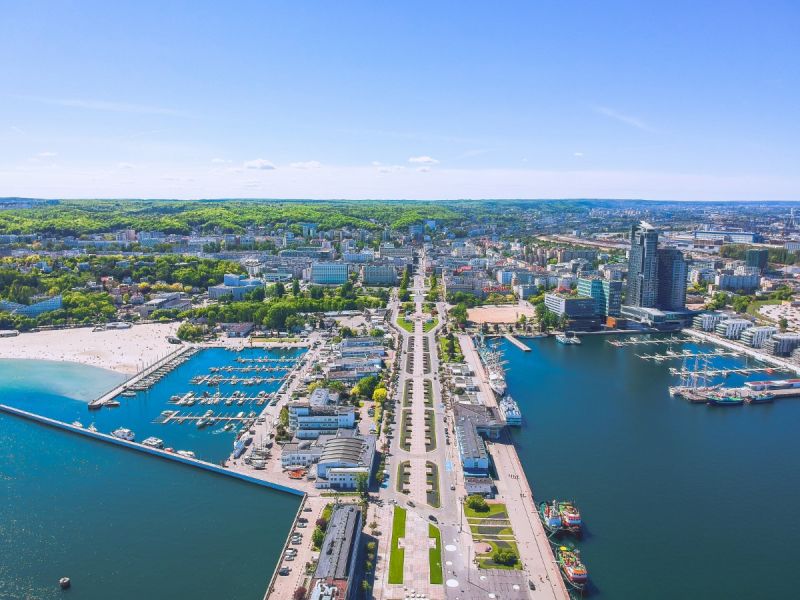 The strongest bridges are built together Interviews 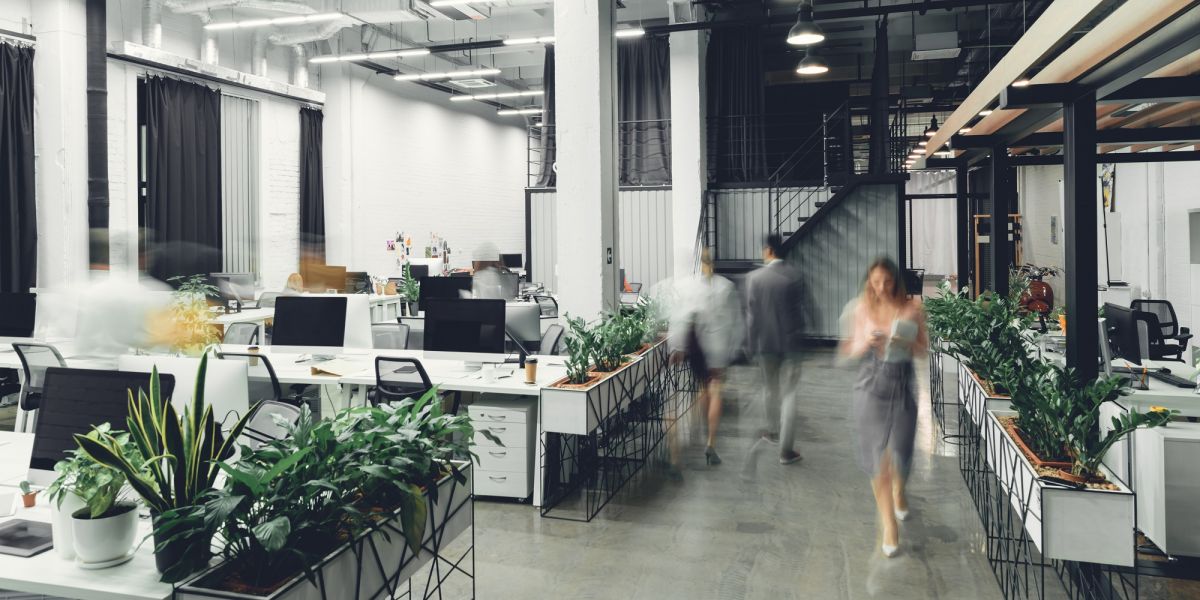 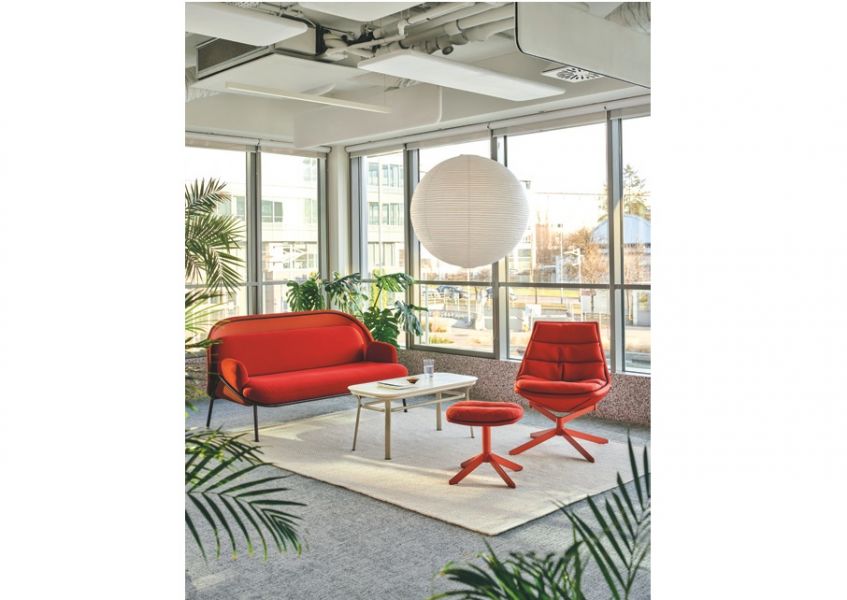 How to furnish a multi-functional office? Real Estate