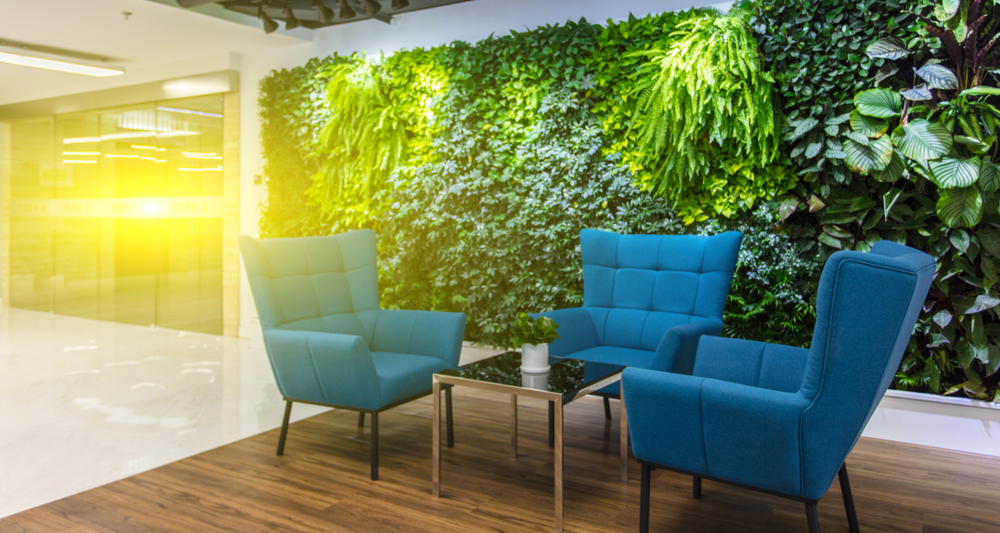 The office design is nowadays an element of the corporate image. It reflects the company’s nature, and gives advantage in the war for talent. However, things that look great are often not good for us. In fact, it turns out that the office appearance and organization is primarily essential for our health, and surprisingly, also for our emotions.

According to the authors of the report commissioned by Mindespace, a global coworking space operator, as much as a quarter of workers have once rejected an offer of work “because of the office appearance which they considered inappropriate or the lack of amenities”. Further, the Association of Business Service Leaders (ABSL), a leading organization representing the modern business service sector in Poland, argues that according to their research carried out in 2018 – 76 per cent of young people (aged 18–34) declare that the office appearance affects the attractiveness of a company. In this situation it is hard to deny that the office
design is an important issue.

Presently, an office of an appropriate quality is the result of combining factors such as a modern design, highclass office equipment, well equipped kitchens, place for rest (or even a nap) and spaces serving social integration purposes. Meanwhile, it must not be overlooked that the workplace is primarily the space where we work. It does not always mean performing creative tasks; in reality, we most often handle tasks which require us to stare at computer screens for hours, participatein endless meetings or make repeated attempts to find a quiet place to be able to have a long and important telephone conversation. Work exhausts us, physically and mentally. Therefore, the office fit-out cannot be just an improvement. It also has to help us concentrate on our work and prevent us from becoming discouraged or irritated. It should positively stimulate our emotions.

A man is an emotional being. Our motivation often depends on the mood we are presently in. Admittedly, a sense of responsibility and professionalism help us fulfill our duties, but sometimes something begins to bother us and often we do not know ourselves why on certain days we do not have the energy to do things. The problem may lie in environmental stimuli which are processed in subcortical brain structures and affect our mood without conscious and analytical thinking process. They make us experience micro-stresses, and since our brain does not defend itself because it is
not aware that something is bothering it, a feeling of stress is triggered.

For example, room temperature that is too low or too high contributes to a decrease in our work efficiency by 10 percent. Excessive noise level is able to reduce it by as much as 66 percent. The quality of air impacts the ability to process information properly; such ability grows in well ventilated rooms. A photograph of smiling children taken during last vacation sitting on a desk or as desktop wallpaper is a nice touch, but at 7 p.m., when we are spending another hour at work, has a destructive effect on our subconsciousness.

In addition to the working environment parameters, the office design itself also determines our well being, i.e. it may improve it or intensify negative emotional states. Private office layout does not offer an excellent working environment. But at least employees have a greater chance for more personalization in the workplace. Large amount of space for family photos, plants, nice coffee mugs make people feel more relaxed and happy at work. Such conveniences are completely eliminated when companies switch to the so-called “hot-desking” system. According to CBRE, the percentage of international companies which are planning to introduce this solution in their offices is going to increase from 30% to 45% until the end of 2020. From a financial perspective, such an arrangement is beneficial for the tenant since it can reduce the amount of leased space. However, it looks differently from the perspective of its employees. Workers experience fear and anxiety due to the fact that they do not know where their place of work is going to be and next to whom they are going to sit every day. The fear or insecurity they feel tricks their brain into thinking: “survive”, “defend yourself” and “stay alive”. There is no space for stimulating creative thinking.

A characteristic feature of such space is also the lack of personalization, i.e. workers have to limit objects in their surroundings to things which may be easily removed and put in a cabinet. In many companies there is also a “clean desk” policy. The policy limits the quantity of the so-called “lucky charms” that surround employees and prevents employees from collecting them. However, lucky charms personalize the space, allow one to identify with it and put one in a good mood.

Contact with nature is another thing that affects emotions. Our biophilic instinct has strong biological grounds, even if we live in a concrete jungle since we were born, and manifests itself in our desire to be surrounded by nature. Being aware of that, architects increasingly often try to recreate impressions of a garden, green meadow or forest by designing interiors such that plants play a great role there. The spaces so designed have a soothing effect on body and mind, and people staying there are more efficient and creative, stress out less and get sick less frequently. Similar conclusions can be derived from the results of the studies published in “HortScience”. Researchers at the University of Texas who examined a group of office workers from the State of Texas and North Central United States using an internet survey, demonstrated that people working in offices in which there are plants and windows were more happy and satisfied with life and career than people working in places without plants and windows. The latter group was not satisfied with life and assessed job satisfaction as low. Further, employees working in “green” offices more positively assessed their bosses, co-workers and nature of work in general. However, academics emphasize that differences in job satisfaction were only noted in respect of men.

However, natural light is most important. A C&W report informs about the beneficial impact of natural light on the level of cortisol, i.e. the primary stress hormone. It does not seem curious at all. A long time ago, when we used to spend most of our time outside, our body clock was controlled naturally i.a. synched to sunrise and sunset. Once we started spending a lot of time indoors with little natural light we have to use artificial light. Overwhelming closed spaces trigger body defense mechanisms intended to survive in a “dinky, cold and damp cave”.

Current technology makes everything much easier. Artificial lighting that replicates the morning light significantly accelerates circadian rhythm and increases resistance to stress. Bright light lets us start the day well and improves the quality of our work during the day.

According to the authors of “The Daylight and Workplace Study” carried out in 2017 by the academics of the Cornell University, people working in naturally illuminated offices suffer from headaches less frequently (by 63 percent), and their levels of eye strain are reduced by 51 percent. Also, the level of drowsiness experienced by them is reduced by as much as 56 percent. Further, the “Impact of windows and daylight exposure on overall health and sleep quality of office workers: a case-control pilot study” of 2013 demonstrates the impact of appropriate quantity and quality of light on sleep, physical activity and quality of life. One of the authors of the report, Professor Ivy Cheung, Northwestern University of Chicago, summed up the results of the study by stating that the “the extent to which daylight exposure impacts office workers is remarkable”. It appeared that workers whose desks were placed in naturally illuminated spaces slept an average of 46 minutes more per night. Obviously, we are speaking of effective and healthy sleep. This translated into better quality of life during the day. Workers deprived of access to natural light during work achieved worse results in tests measuring their vitality, quality and effectiveness of their sleep and the level of activity during the day. Thus, this obviously impacted their well-being, e.g. stress resistance or general irritability.

Thus far lighting systems were designed to ensure safe and appropriate working conditions for our eyes. However, light impacts on the human body other than the eyes were overlooked. In the natural environment light is refracted, reflected, scattered and changes during the day. In closed office spaces monotonous atmosphere is created. The lack of light movement and constantly changing shadows impacts our feeling of such space. Spaces without light contrasts (e.g. in the case of lateral illumination) lose their depth and perspective and seem smaller than they really are, more overwhelming and even unidimensional. Very few people realize that this affects our productivity and effectiveness.

The essence of a healthy office, also in the context of our mental state which is reflected by our emotions, is to skillfully combine several elements. Natural light is one of them. The World Green Building Council formulated seven other elements which should be considered when designing every office. They include among other things the quality of ventilation, thermal comfort, acoustics, employee engagement methods, choice of materials and their appearance, room layout or view from the window. All of such elements are not only significant but can also have a concrete value for the employer. Since because noise reduces workers’ effectiveness, companies lose real money on that. In connection with the lease of a new “workplace” for 1100 people, Heerema, a Dutch ship owner, simply ordered a financial appraisal intended to demonstrate the reasonableness of the investment in employees’ well-being. KMPG, a global network of audit and advisory firms, computed that a healthy office translates into EUR 42 million savings generated during the period of twenty years. The economic impact of natural light was computed as EUR 650 thousand annually (i.e. EUR 13 million in the period of twenty years). It means that owing to the optimization of natural light, Heerema may deduct EUR 2.3 from the rental price of each square meter monthly.

As you can see, emotions can have a great value.

Vastint Poland Vastint Poland is part of the Vastint Group, an international real estate organization operating on the European market for over 30 years.
Posts: 47
Similar articles 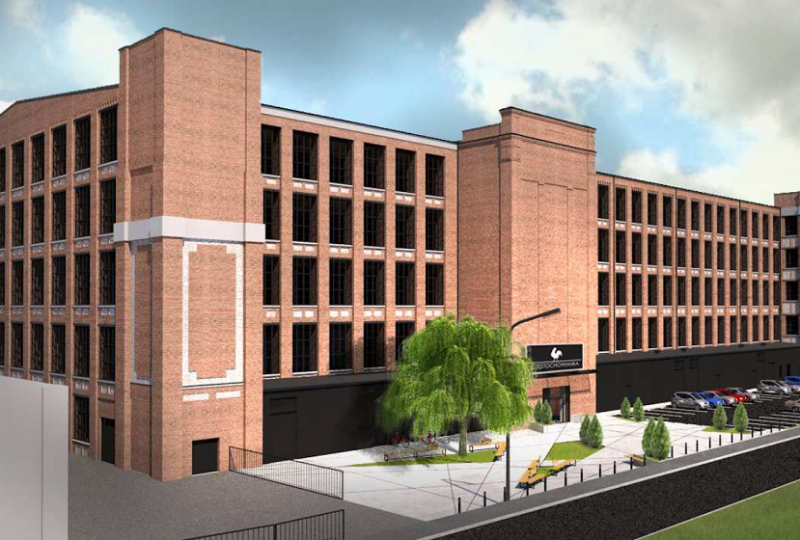 It is being built! Real Estate 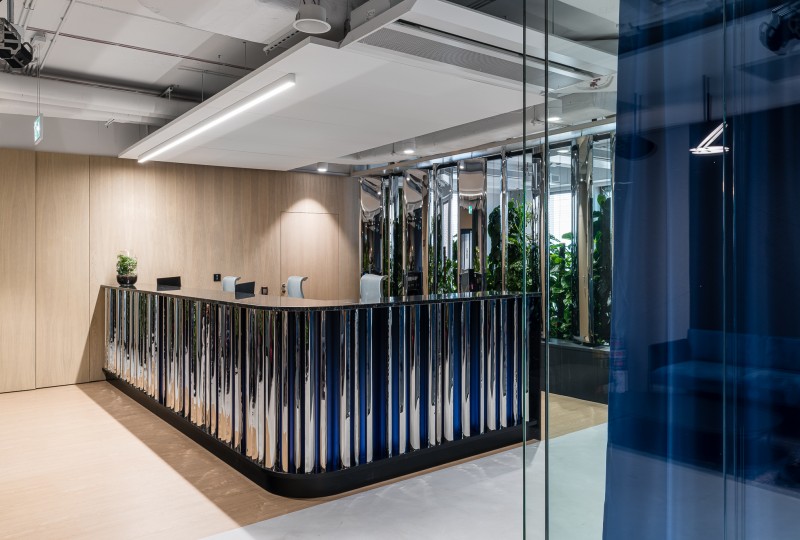 We are taking you now to the streets of Wroclaw - the city of many monuments, art, sculpting... Automotive 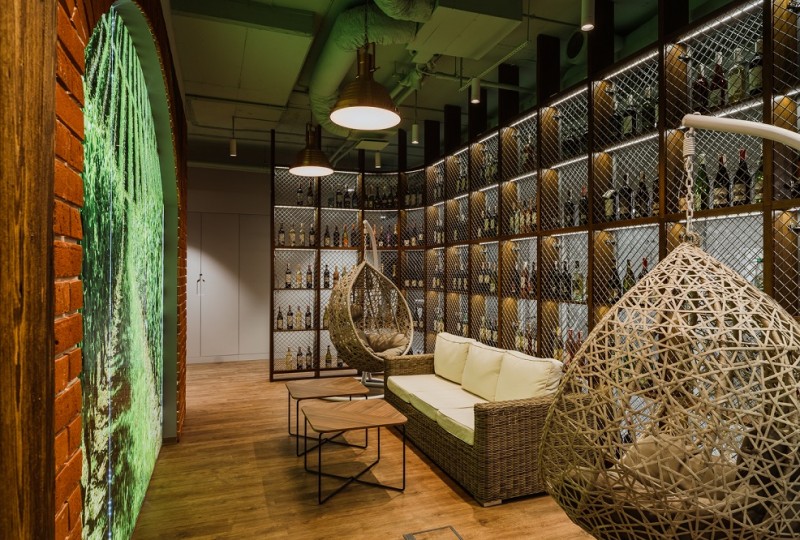 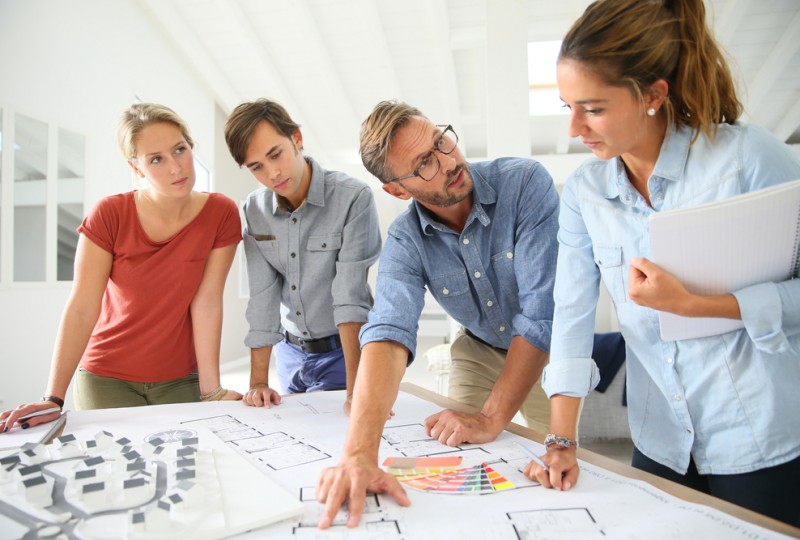 Experience and intuition count - interview with Konrad Krusiewicz, architect and founder of The Design Group People