The gender pay gap is not a myth - how to fight it? 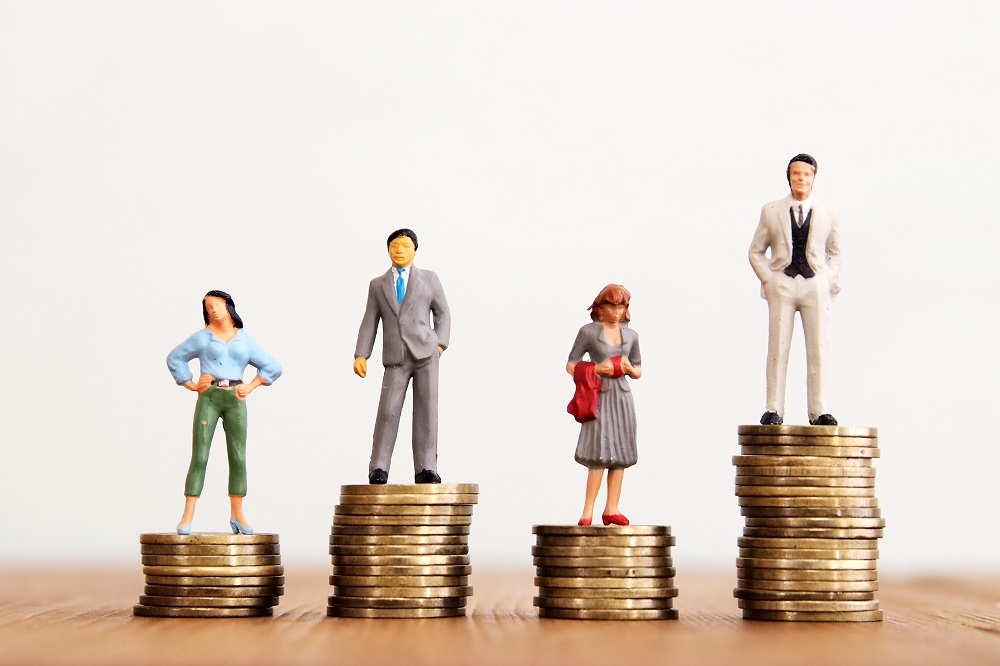 According to the Global Gender Gap Report 2020, published by the World Economic Forum, the world needs 257 years to achieve economic gender equality and patch up the so-called pay gap. The fact that women earn less than men in the same positions is the fault of stereotypes and institutional discrimination. How to change it?

To earn as much as a man in a year, a Polish woman would have to work until the 3rd of March the following year. However, the wage gap is not only about lower salary, but also lower pension and fewer women in managerial positions. As of today, only 6% of listed companies are led by a woman (Deloitte, 2019). Not only do more women live in Poland, but they are also statistically better educated than men. How come they are at such disadvantage?

WHY DO THE MEDIA AND REPORTS GIVE DIFFERENT NUMBERS?

In one source we read the wage gap in Poland is one of the lowest in Europe, another says it is 3 times higher than the European average. Both figures are true! So where does this difference come from? It is based on the distinction between the adjusted and the unadjusted pay gap.

The unadjusted pay gap is the percentage difference between the average remuneration of all professionally active women and men – this indicator does not take into account the fact that men work longer than women on average (longer retirement pension, no need to take sick leave due to pregnancy and childbirth, less use of parental leave).

In Poland, the unadjusted pay gap amounts to approx. 7%, which is one of the best results in the European Union with an average of 15%.

WHEN WE CONSIDER THE ADJUSTED PAY GAP, THINGS ARE NOT SO BRIGHT

The adjusted pay gap is the percentage difference in earnings between a man and a woman working in the same or a comparable position. It takes into account the level of education, age, seniority, sector, size of the company and the economic success of the company. In Poland it is around 17%, while the EU average is up to 5%.

THE REASONS OF INEQUALITY

The Labor Code clearly enforces equal treatment on employers regardless of gender, and yet there is a pay gap, and Poland is the only country in the EU where women can retire earlier than men (hence the shorter work time). Where does it come from?

The issue are the established, traditional gender roles and the division of household responsibilities. In the eyes of many Poles (both men and women), the most important role of a woman is taking care of the home and family. For this reason, as many as 1/3 of women are economically inactive for caring reasons (for comparison, this applies to only 4.2% of men). Another 1/3 of fit for work women are employed part-time. Tending to children, seniors or sick relatives is often referred to as unpaid work. It is what stops as many as 40% of inactive women who would like to go to work.

The pandemic will only aggravate this situation – we work mainly from home, with children demanding their parents' attention. Many of them had to decide who would stay at home and take over most of the duties, at the same time giving up their professional career. Since women earn less, when it is necessary to take care of children at the expense of professional promotion, not only from a social but also an economic point of view, the answer is simple. It's a vicious circle.

Withholding promotions and raises is sometimes known as the "maternity penalty." Men are more attractive to employers: there is no risk of getting pregnant, and only 0.8% of them take paternity leave. It is worth noting that, as in the case of unequal retirement age, this situation also discriminates against men who would like to devote more time to their family. There is no instant solution to these problems. However, we can take small steps towards better.

We have no influence on the institutional support for paternity leave or the retirement age, but there are matters that, as entrepreneurs and employers, we can take care of ourselves.

Fighting stereotypes, diversity, inclusion and women empowerment should not be alien to any Polish entrepreneur. When a pay gap "comes to light" in the company, very often women feel less motivated to work. Non-judgemental and transparent criteria for assessing female and male candidates shall be the basis of every recruitment process. We cannot always do "blind auditions" like musicians, but let's make every effort to ensure that our beliefs do not obscure the competences of the employee. Flexible working arrangements and allowing the employee to take care of household duties regardless of gender can be a form of reducing inequalities.

Programs supporting entrepreneurship and professional resourcefulness of women, such as workshops on building negotiating assertiveness or business mentoring (e.g. Women Leadership in Business Foundation), are no less important.

In many European countries, e.g. in Austria and Belgium, there is an obligation to report wage differences. Unfortunately, according to a survey conducted by the Employers of Poland, 70% of Polish employers believe that the labor market is not yet ready for open wages.

IS THERE A PAY GAP IN MY COMPANY?

From the website of the Ministry of Family and Social Policy, formerly the Ministry of Family, Labor and Social Policy, you can download the "Equal pay" app, i.e. the pay gap calculator, for free. The tool enables enterprises and public administration to estimate the adjusted wagegap while maintaining the anonymity of employees. Through everyday activities and choices, as employers and HR specialists, we can accelerate this long process of closing the gender pay gap by at least a few days.