THE HISTORY IS MADE BY PEOPLE. Coworking – interview with Piotr Boulangé, Manager of WeWork Labs. 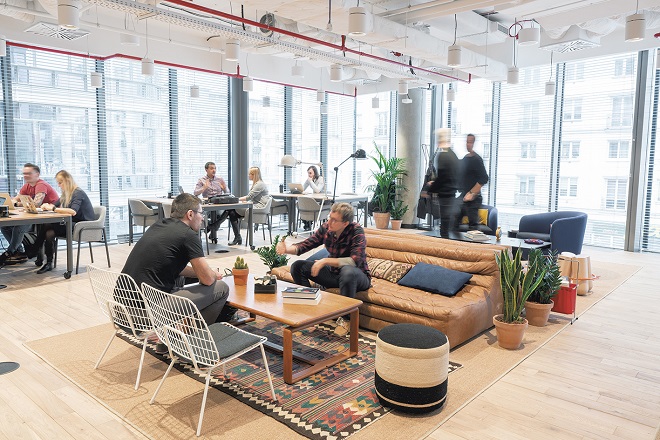 Some time ago, most coworking offices were no larger than 200 sq m and had no more than 20 desks. Today, most of the space devoted to coworking is opened by large brands that are more and more often international such as WeWork, for example.

Wiktor Doktór, Pro Progressio: Piotr, whenever I think about coworking in Poland, I must admit that it is your name that comes to mind. I remember that many years ago we talked about what coworking was and what it was like in the world, and you were acquiring knowledge on this subject and co-created one such office in Warsaw. Why did you actually get interested
in this matter?

Piotr Boulangé (WeWork Labs Manager): That idea came up naturally. When looking for an office for one of the projects, I decided that I would not need it five days a week but only one. I started looking for an alternative to renting an office and, this way, I found my first coworking office. As the project developed, I found that I actually needed the office a little more often than I assumed and thought I would rent an office for that purpose, and because I would not use it all the time, I would allocate the available space for coworking... and that’s how it began.

It’s been some time since our first coworking conversations. How has coworking changed in the world over the years and how has it changed in Poland?

I think the most important thing worth noting in this industry is that we are talking about the world in general and Poland doesn’t stand out from what is happening in the industry, so there is no difference. However, what has changed is the quantity and size of these types of open spaces. Some time ago, most coworking offices (according to my research, 66%) were no larger than 200 sq m and had no more than 20 desks. Today, most of the space devoted to coworking is opened by large brands that are more and more often international such as WeWork, for example.

Massive changes – from a few individual offices, we’ve come to a whole lot of locations conducive to working together and you’ve joined the company of the most recognised brand in the field of coworking in the world. How did it happen that you are in WeWork?

People make history so let me tell it ‘tongue in cheek’. As I was interested in coworking, more than a year ago I learned that WeWork is already in Poland and was about to open its first space. Unfortunately, in my immediate circle of friends, there was no one directly connected with people from WeWork operating in Poland but nearby (in Sofia), where a conference was held where people from WeWork were supposed to be present. Also at that time, one of the startup
accelerators I closely cooperate with organised a global meeting in Sofia. Without too much thought, I bought plane tickets and went to Sofia. At the conference, I was talking to a man from WeWork, whom I introduced myself to as an industry enthusiast and we agreed together that maybe he should talk to someone about WeWork in Poland, about what it is doing and whether there is some scope for cooperation between us. After a few months of talking and getting to know each other, it turned out that my advantage is not only coworking knowledge (practical as well as academic) but also several years of experience in developing startups in the accelerator – as mentioned before – as well as outside it.

Everyone talks about WeWork but not everyone knows that within the structures of this entity there is WeWork Labs, headed in Warsaw by yourself. What is WeWork Labs and how does it differ from the rest of your organisation? 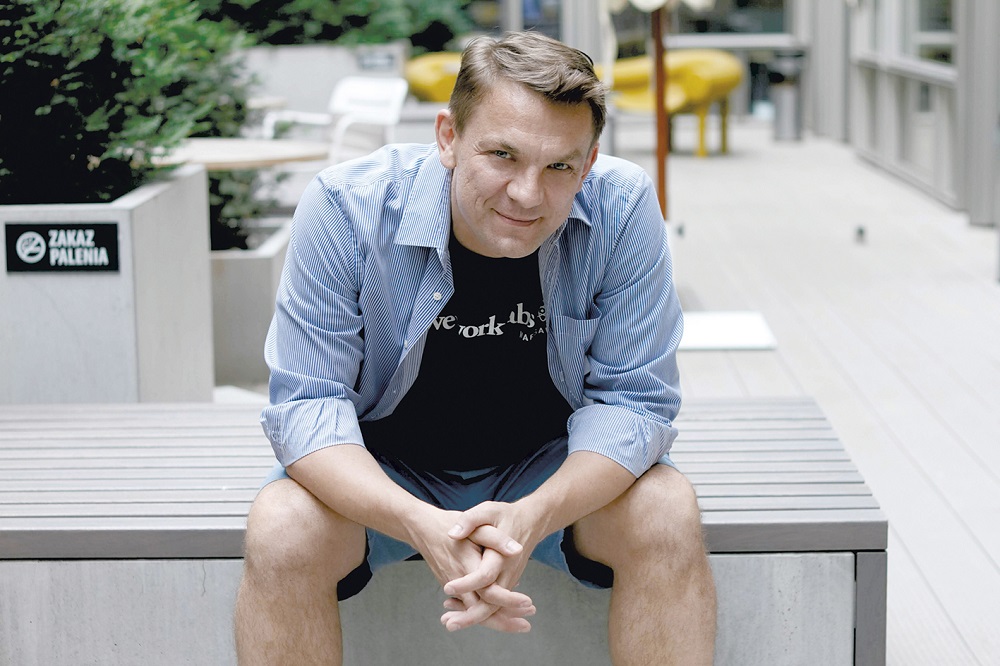 WeWork Labs is, in WeWork buildings, a space dedicated solely to startups. They can rent desks in these projects which, by definition, create products and services based on technology, are easily scalable and have the potential of a global reach. Such companies benefit most from being members of the WeWork Labs community. They get substantive support and can use our global encyclopedia of knowledge as well as the Mentors network. In addition, if we see potential for synergy between our members, we try to connect them to let them at least talk to each other for a moment.

Nothing lasts forever. The businesses are developing and at some point are moving on. How does WeWork Labs support its community on particular stages of the presence of these companies in your coworking spaces?

At the beginning, I help these companies grow and develop, which is mainly about new orders/clients. In the meantime, I am constantly teaching startups that sales and selling skills are the most important i.e. in this nomenclature this is called ‘Pitching’. If a startup ALREADY KNOWS how to talk about itself and sell and acquire customers or users, then it can only be introduced to investors or bigger customers such as corporate clients and that’s what I’m doing. My personal goal is to make this startup grow as soon as possible and become a client of WeWork itself.

Let’s go back to WeWork for a moment. What is the current activity of WeWork in Warsaw and what are your plans for the coming months and years? There are rumours that not only Warsaw is in your sights when it comes to locations in Poland. Is that correct?

I think that, regarding WeWork itself, I’m not the best person to answer that question. What I know for certain is that we have three offices open in Warsaw and we will open a fourth one this autumn. As for the basic questions and answers, I have to send you back to our press office.

Finally, the question of the future. I have always been interested in our conversations about coworking and this time it is no different. What do you think the future is of coworking, shared offices, joint work – whatever we call this area – do you think that this phenomenon will intensify and we will permanently depart from the traditional model of work? Is there something else waiting for us or maybe outside offices or the ‘co-’ area will enter other areas of our lives?

In retrospect, it is hard to say whether something was the first or whether it was created thanks to something else. However, certainly at the same time when coworking was born, the entire field was created – today referred to as the share-economy – hence the ‘Uberisation’ of services, the appearance of AirBnb and other trends. But, to answer your question, I think that these trends have come into our lives permanently, that such companies will exist and everything depends on the intensity of the trend which just prevails. However, regarding coworking, as such, I think that its potential is huge today. As far as I know, coworking space accounts for much less than 0.1% of all office space. So, if today we say that there are a lot of them, imagine – or rather we cannot imagine – what will happen if this percentage grows to 1% of the market or even 10%.