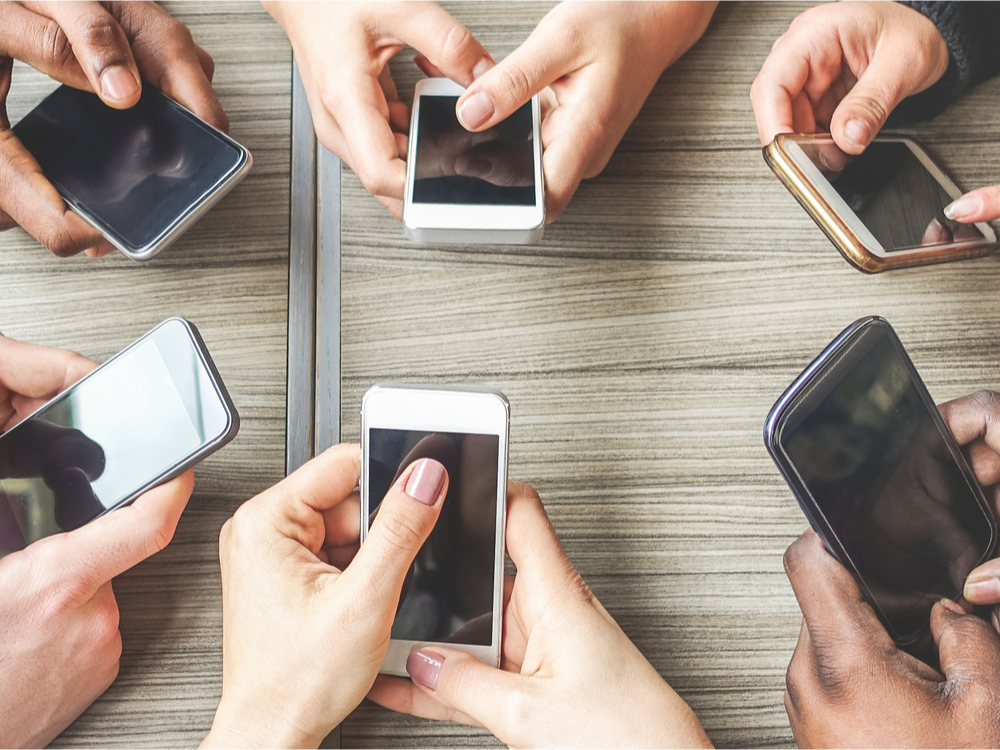 The coronavirus outbreak has had an enormous impact on world business, changing the way companies communicate internally or with clients. With lockdown rules in place and millions of employees staying at home, firms have had to replace face-to-face meetings with new ways of allowing people to talk, leading to a surge in the use of the web conferencing platforms.

The number of Zoom domains in the United States rapidly increased in 2020, reaching over 15,600 last month, according to Statista data. However, other markets have seen a surge in the popularity of the web conferencing app. Founded in 2011, Zoom was used by over 300 million people in daily meetings globally last month, up by 30 times compared to December 2019.

Millions of people chose Zoom over other platforms, driven by its ease of access and good user experience. However, the rapid growth in popularity has revealed some security flaws, including a vulnerability that allowed an attacker to remove attendees from meetings, hijack shared screens, and spoof messages from users. As a result, Zoom has been banned by governments for use on official business in Canada and Taiwan and numerous organizations including SpaceX and Nasa.

As a publicly listed business traded on Nasdaq, the Zoom’s stock price was valued at $87.66 at the beginning of February. Over the next two months, this amount practically doubled, hitting $169.09 by the end of April. After a slight decline, the price stood at $155.40 at the end of last week. Also, Zoom’s market cap doubled over the previous year, jumping to more than $41bn in March.

If you are interested in investing in stocks, please visit our review pages for more details. Alternatively, check out our featured trading platforms or stock brokers or to get started with buying shares. 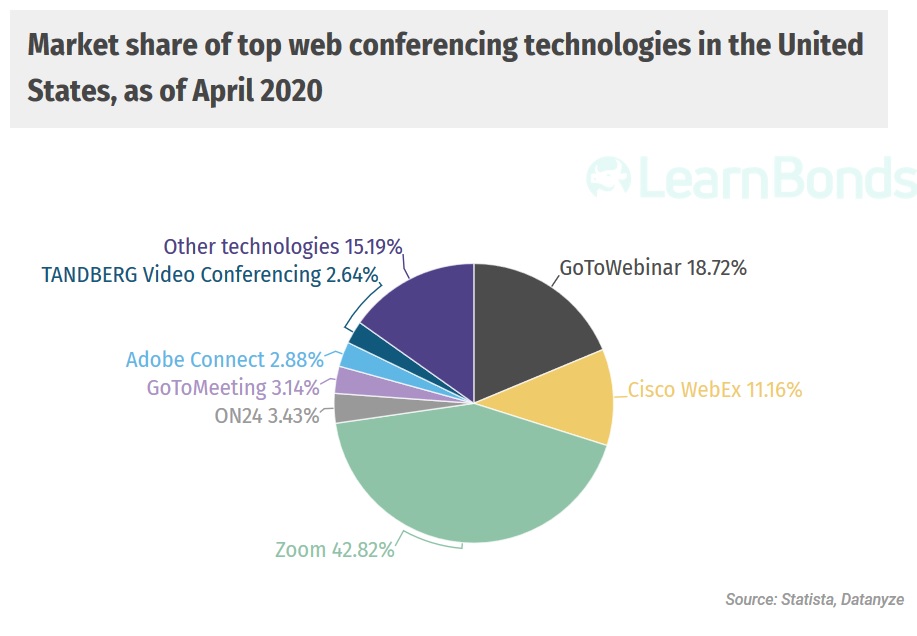 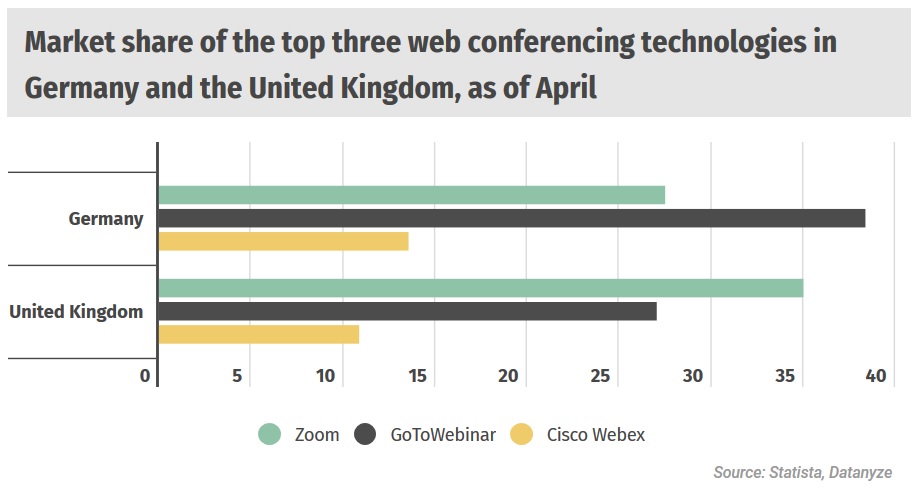 With 18.7% market share and more than 6,800 domains, GoToWebinar ranks as the second most popular web conferencing app in the United States.

Cisco’s video conferencing business Webex follows with 11.2% market share as of April, and more than 4,000 domains in the United States. Statista data also shows that the US web conferencing app reported 14 billion meeting minutes globally in March 2020, or more than double compared to January figures.

The data reveals that Britons, like Americans, also prefer communicating through Zoom. The popular web conferencing app reached a 35% market share and 1,195 domains as of April. GoToWebinar and Cisco Webex follow with 27% and 11% market shares, respectively. 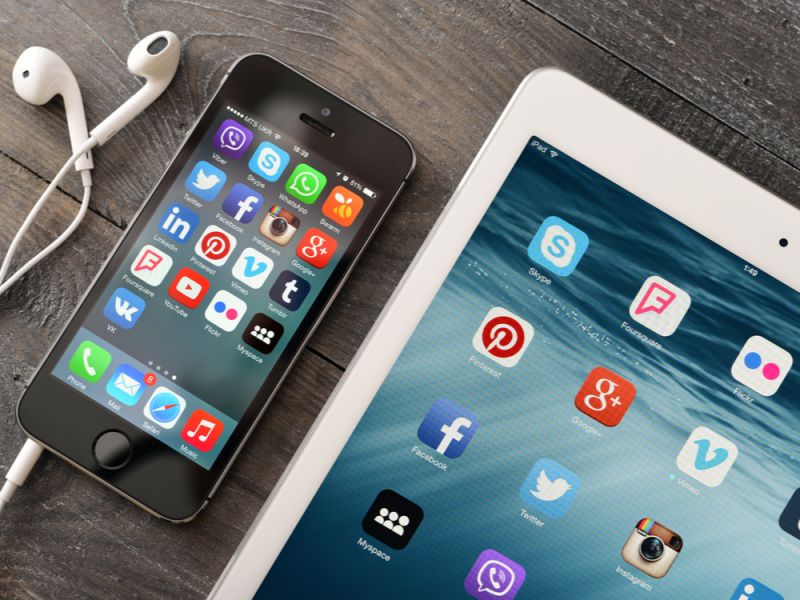 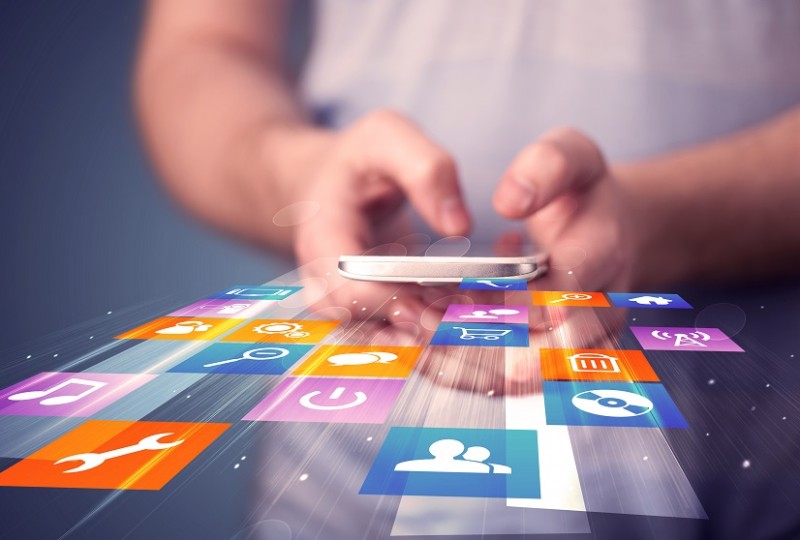 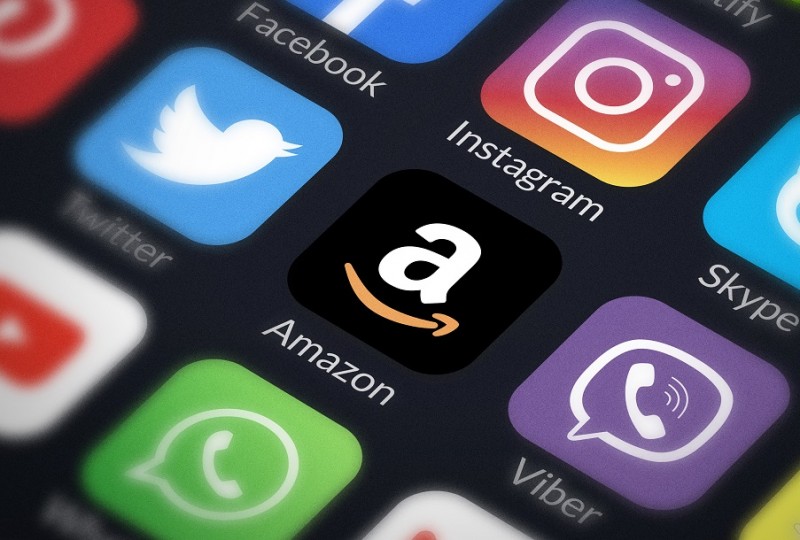 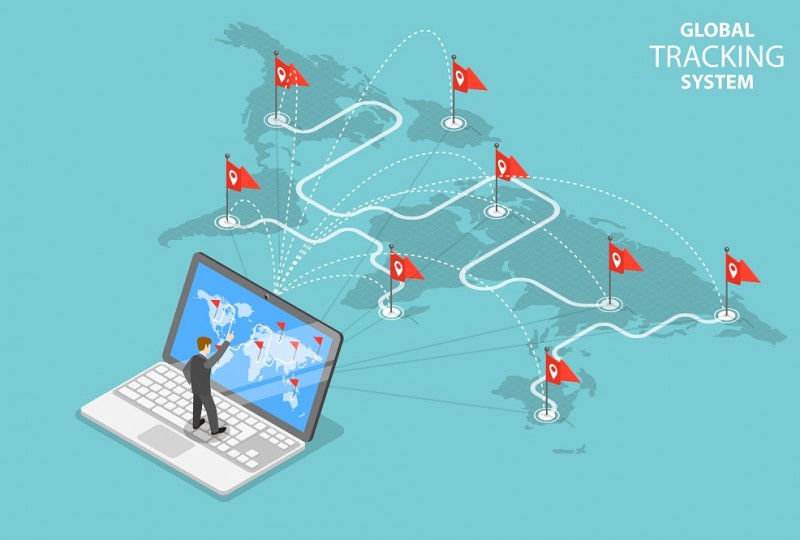 Tencent Is Leading App Publisher From China With Largest Share Of Usage Time In 2020 – 40.9% Education