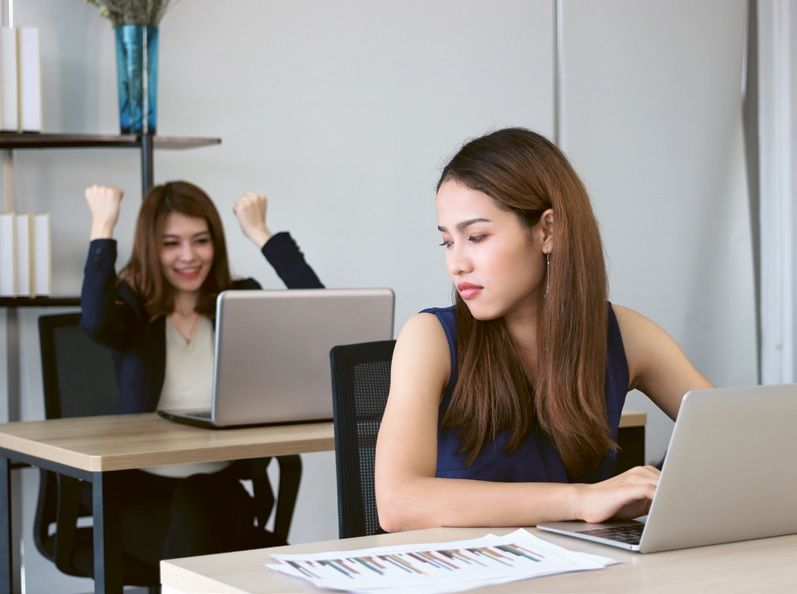 How approach to clients, competition or workers can take the leader and company to the next level of success.

Continuous chase after victory, another contract, never-ending striving for acquisition of new clients – this is the professional reality of people of success. Today's record becomes tomorrow's starting point. Blood, sweat and tears yield higher profits, better position, business development and, thus, we never stop running. We have all heard that if you are not moving forward, you are moving backwards. We keep running until we are out of breath. We check where the competition is at, continuously comparing ourselves to others, nervously looking over our shoulders.

But does it really need to be like that? Does this fight never end? Does somebody else's victory need to be my defeat? And if I stop even for a minute, will life grind me up and spit me out, and will the competition get million miles ahead, snatching my clients on the way? Where is the limit reaching which you could finally say: "Enough. I am content"?

Anniversaries provoke reflection, and since I am currently celebrating my 15th anniversary of work under the brand of Grant Thornton, I started looking back – in terms of myself, clients and company. I started analysing how differently the stories of the people I know and their businesses have unfolded and how strong the connection between their mentality and their individual scenarios was. I have noticed a repeating pattern: the abundance mentality is conducive to success, at the same time leaving space for rest in the never-ending race.

The term 'abundance mentality' was coined already in the 1980's by Stephen R. Covey in his best-selling book titled "Seven Habits of Highly Effective People" (1989). He explained the abundance mentality as focusing on possessed capabilities and resources instead of what we lack. Focusing on living in the belief that these resources and capabilities are available, they are abundant and can be reached for freely. It means thinking in the spirit of self-agency, enabling also the choice of minimalism if it makes us happy. As opposed to the abundance mentality, Covey presented also the theory of scarcity (insufficiency/deficit) mentality which, in practice, is a collection of beliefs about the world, business or relations with others where we assume that everything is limited.

In the corporate life, we are dealing with limited resources – time, positions, money, etc. This nurtures the perception of the world where the existing amount of goods is limited. People with scarcity mentality suffer from constant fear that someone else will prove "better", that he or she will claim their promotion, clients, take a piece of cake that is so big that they will be left with nothing. They take somebody else's success as their own defeat. It has been illustrated perfectly by prof. Bogdan Wojciszke, a world-famous psychologist: "when a canon in Lublin becomes a bishop, a shoemaker in Cracow gets peptic ulcers out of spite". This way of thinking is explained by the said assumption of a limited pool of goods available for all people, the approach to life assuming that it is a zero-sum game where the result is an advantage for one side and a loss for the other.

In microeconomics, the game theory (as a field of science) examines the interdependencies between decisions of various individuals, assuming that costs and benefits are not pre-determined but rather depend on the choices of others. In the case of the zero-sum game, there is no notion of cooperation that would allow everybody to reach the point of higher profit. There is also no possibility for one player to gain a significant return without affecting others – this means that the advantage of one competitor must mean the loss of another.

I have met very different people during my professional career. I have observed the paradigms of interpersonal relations: win-win, win-lose, lose--win, lose-lose and simply win. The way of thinking of interpersonal and business relations speaks volumes about the business partner. Today, after years of experience, I can estimate with a high dose of certainty the course of future cooperation with a prospective partner based on how the sale process and negotiations of contractual terms go – as they are usually its reflection.

I will forever remember one of the negotiation processes regarding a big outsourcing project. We were already on the homestretch and met to lay down the final contractual provisions and determine the deployment schedule. On the set date a new meeting participant appeared on the part of the client (a newly hired procurement specialist) who started negotiating the price terms determined a long time ago anew. "I'm not sure if your colleagues have brought you onboard with this, but we've already closed the negotiation stage", I said. "But I also wish to have my part in the process, I like putting unexpected pressure on the provider like that", she replied with staggering bluntness. That declaration left us all speechless. After that, the head of HR responded: "This means, my dear, that we have made a terrible mistake in recruitment. Our company follows completely different values. I am very sorry for this behaviour, let us get back to the merits of our meeting", she concluded speaking to me. The said specialist did not participate in any further meetings and her career ended together with the expiry of her trial period. We have been running this project successfully for years now, in the atmosphere of mutual respect and understanding. Obviously, we encounter more difficult moments, overload of work, unexpected issues. However, we always sit down at the table and determine the best solution for both parties, following the WIN-WIN philosophy.

When trying to understand how people around us think and act, one should remember about the causes of certain tendencies in their behaviours. The common historical identity of Poles is, unfortunately, conducive to the scarcity mentality. The fate has been against us, we have suffered due to wars and partitions. Many of us, at least from the generation of our parents, still remember episodes of hunger. Nevertheless, the so-called money trauma does not affect only poor families that never had any money, and if some money appeared, it was used immediately for current needs with nothing left for savings or investments. Money trauma can affect also the members of the middle class. This applies especially to the households where parents would always worry about money, households that sometimes had better times but the risk of scarcity was always there, be it due to losing one's job or earning lower income from a private business.

Fear, uncertainty of tomorrow, infectious chronic stress would linger in the air. Currently, the number of factors conducive to money trauma is even higher, headed by concerns about the economic repercussions resulting from Russia's invasion of Ukraine. Subsequent economic slumps, a pandemic resulting in bankruptcies of millions of businesses around the world and personal tragedies of countless families, growing indebtedness of societies, insufficiency of funds to repay mortgage or pay for medical treatment – that is something more than an unfortunate set of circumstances.

As claimed by Galen Buckwalter, Chief Executive Officer at PsyML and expert in financial trauma, long-term effects of this type of stress are tangible for many people and cause symptoms characteristic for post-traumatic stress disorder (PTSD). In his opinion, financial trauma is the reality of at least one-third of millennials. He defines it as a dysfunctional response to chronic financial stress that disrupts the ability of the affected person to pursue normal tasks at work and in family life, manifesting in multiple areas of his or her functioning.

However, wealthy people can also suffer from money trauma. It may so happen that they fail to appreciate the value of money, wasting it on whims – extremely expensive (overpaid) clothes, designer watches or gadgets, premium cars, exorbitantly high-priced drinks, food or other stimulants that are to make them happy. Meanwhile, their happiness often proves short-term or even false. They become prisoners of materialism. They suffer from intense stress and growing expectations regarding their own financial standing. Money becomes the indicator of their status, power or even worth. Therefore, we may assume with confidence that financial trauma is omnipresent, but we remain unaware of it and, thus, it remains unresolved. This paradigm can be frequently noticed in negotiations of terms of cooperation, when the interlocutor refuses to accept any rational arguments, such as galloping inflation, difficult situation on the labour market and related wage pressure. They focus only on their profits and digits, completely disregarding the fact the even if they win the set, they will lose the match due to very high costs.

The same applies to managers focusing only on the budget, their targets and bonus, paying no attention to the business surroundings, co-workers or emerging difficulties. This may result in, for instance, increased personnel rotation, decline in the team's commitment and, in consequence, risk of target accomplishment becoming impossible – i.e. the exact oppositive of what was intended.

Functioning in the 21st century is definitely fraught with challenges and oversaturated with variability of circumstances, with pace tweaked to the maximum. What remains constant, however, is the fact that every break-through moment may be the beginning of both favourable and unfavourable changes for the given business or individual. A lot depends on perception of reality and attitude, as in the example with two shoe sellers – having been sent to an African village, one of them reports to the headquarters: everybody walks barefoot here, we won't sell a thing, while the other claims: everybody walks barefoot here so there's a huge market for the taking.

The scarcity mentality-based approach to business results in focusing on sale transactions instead of value creation for the clients, society or the world. It means concentrating on the continuous fight for the next piece of cake – with customers, suppliers, competitors or even co-workers. It is a never-ending tug of war competition, a constant fight to be the strongest and have the last say. It means using your position, abusing relations and bending the contractual terms to your advantage. Meanwhile, my experience shows that the fact someone else wins does not have to necessarily mean that I lose and vice-versa. The best approach is to look for solutions that yield bilateral benefits, allow to generate the effect of synergy, open the door for long-term relations based on cooperation and not competition, in the spirit of mutual trust and respect.

In business relations, I often say: "a service provider, not a servant". Therefore, unethical behaviours, abuse or disrespect for the business partner are not allowed, even for the sake of the contract. Bold and sensitive leaders never stay silent in uncomfortable matters. Instead, they discuss difficult topics, look for solutions and protect their teams against toxic relations. The case is similar for relations with co-workers – treating them like people who will perform and demonstrate honesty only if forced or tricked to do so results, at best, in attracting people of this kind specifically. Meanwhile, the right employees who we can trust and who we remunerate well will be committed, putting their heart and creativity into their work. Setting your mind to abundance mentality lets you enjoy the success of others and leads to true leadership – being an inspiring leader who sets directions and leads the team towards building a better future. 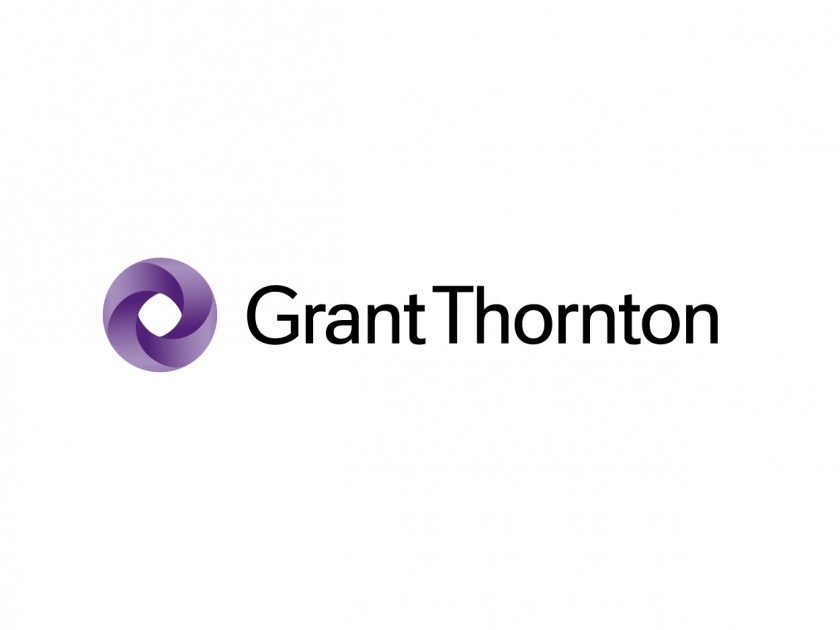 Grant Thornton Grant Thornton is one of the world’s leading organisations of independent assurance, tax and advisory firms. More than 56,000 Grant Thornton people, across over 140 countries, are focused on making a difference to clients, colleagues and the communities in which we live and work.
Posts: 10
Similar articles

The strongest bridges are built together Interviews 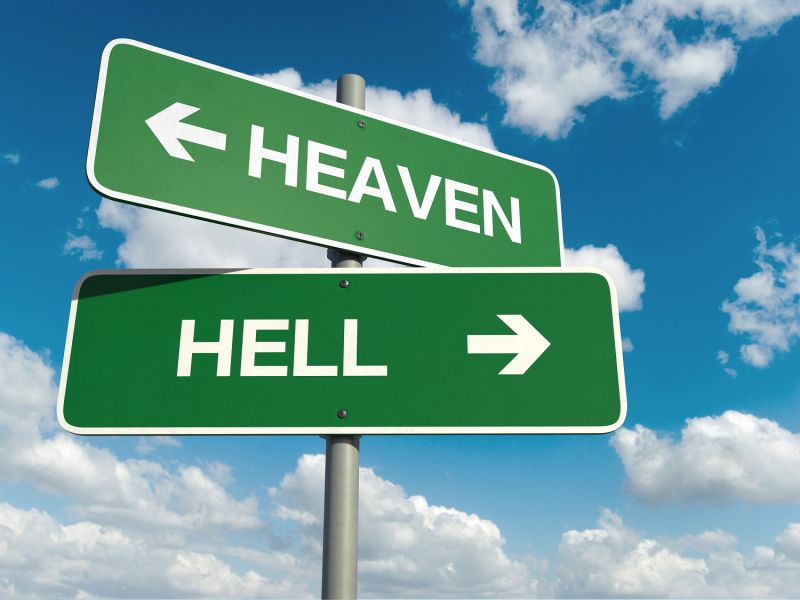 Lean implementation – stairway to heaven or highway to hell? People 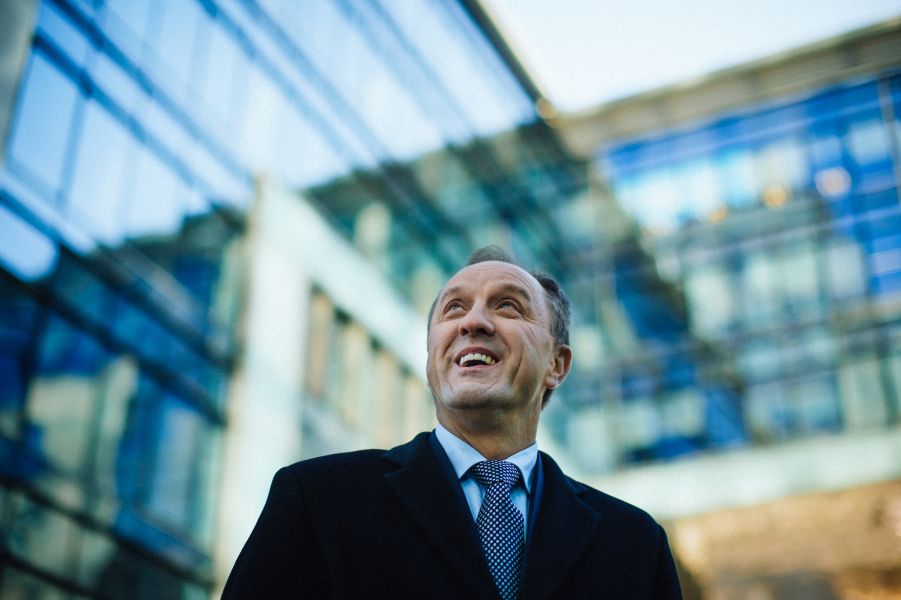 An ideal climate for the BSS sector. Pomerania – one of the most desirable locations for business in Central and Eastern Europe Interviews 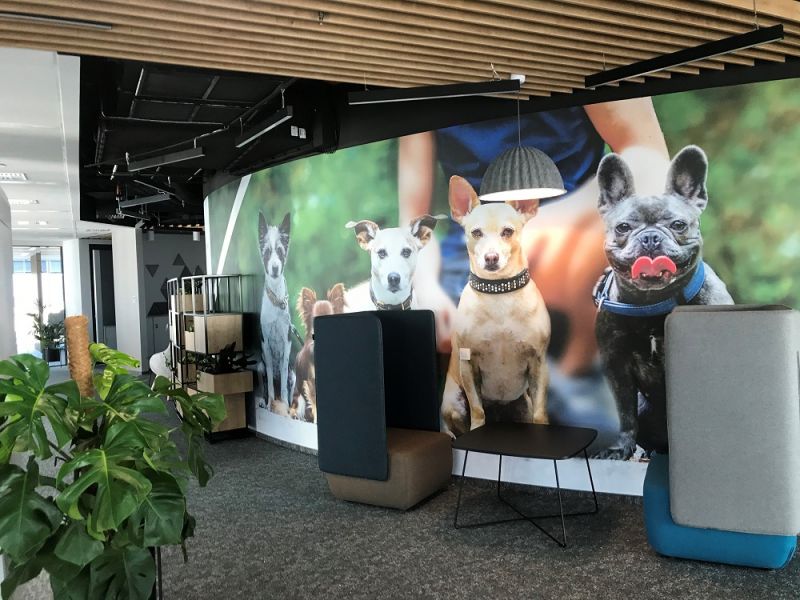